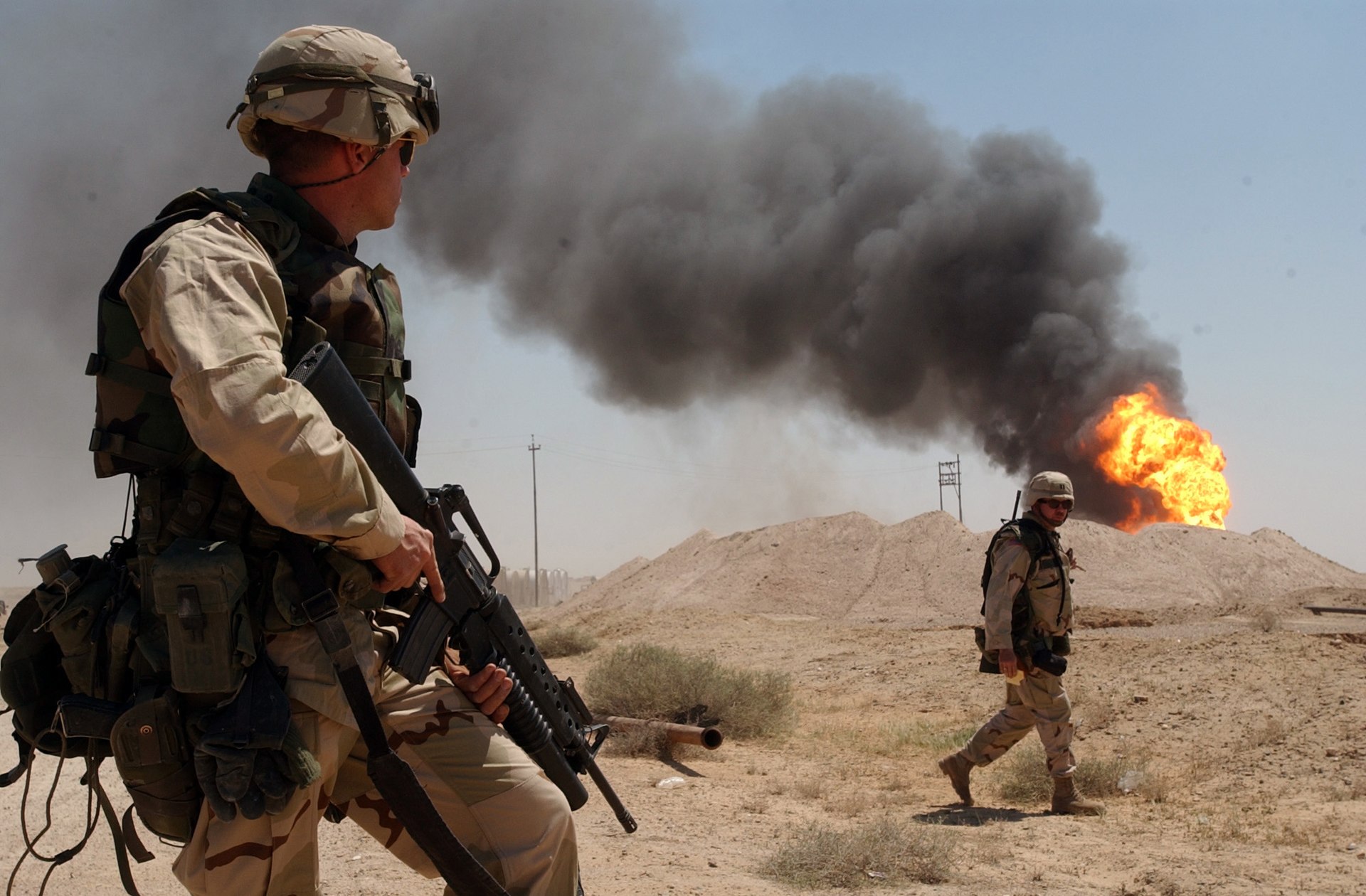 Oil on the Brain: Reconsidering the Carter Doctrine

Middle Eastern affairs have dictated major aspects of American foreign policy for decades, catalyzing wars and covert action as well as some of the United States’ strongest alliances.  Throughout the history of American involvement, one policy objective has stood out from the others: the protection of Middle Eastern oil.  During the Cold War, American policymakers wary of Soviet intentions and eager to stave off the instability unleashed by Iran’s revolution established the Carter Doctrine, crystallizing regional energy security policy.  The Carter Doctrine has underpinned conflicts — the Gulf War, for instance — and deepened alliances, including a strategically important but politically controversial partnership with Saudi Arabia.

While the Carter Doctrine has influenced numerous policy decisions, the contemporary political situation demands that the United States reconsider its involvement in the Middle East.  Clearly, the Soviet Union no longer poses a threat to American interests.  In addition, US reliance on Middle Eastern oil has decreased since the rise of the domestic oil industry.  According to the EIA, only 9% of the United States’ gross oil imports came from Saudi Arabia in 2018, and only 5% from Iraq.  The global oil market does remain susceptible to price shocks; as such, the US will probably never achieve complete “energy independence.”  It will remain tied, in a diminishing but still significant capacity, to the Gulf.  Still, the United States’ current energy situation renders a drawback from the region both feasible and advantageous.  Analyst Michael Purzycki writes that “a U.S. refusal to safeguard Gulf oil would affect prices around the world.  But it is precisely because oil is a globally important commodity that Washington should insist that other countries do more to protect it.”

Those in favor of a heavy forward presence might argue that recent Iranian aggression (sponsored attacks on Saudi oil facilities, as well as the downing of a US drone) indicates that the region’s oil is far from safe.  Such concerns would seem especially pressing after the Soleimani assassination.  Experts believe, however, that Iran’s ability to cut off world oil supplies remains relatively limited.  Iran could theoretically mine the Strait of Hormuz, but contemporary tankers are built with heavy reinforcements that render them extremely difficult to destroy.  In addition, Iran’s military relies largely on outdated Soviet weapons systems, rendering Iran’s navy a fairly low-level threat.  Others might argue that the United States must retain its presence in the Persian Gulf to prevent wars from breaking out between adversarial states — namely, Saudi Arabia, Iran, and Iraq.  A major war between these powers would spell disaster for the region and would almost certainly disrupt world oil supplies.  However, analysis of the current security landscape reveals that while Saudi Arabia does possess a large military, this force exists primarily for defensive purposes.  Iraq remains too bogged down with other security concerns (the spread of ISIS, for example) to wage a full war against Saudi Arabia or Iran at this juncture.  As such, these three powers will likely restrict their rivalry to proxy wars unlikely to threaten Gulf oil.

If one assumes that American strategy hinges entirely on oil, it makes economic, military, and political sense for the United States to reduce its presence in the region.  But oil is far from the United States’ only security concern.  Even if no “major” wars transpire, the Middle East is no stranger to “irregular” conflict — not to mention the threat of nuclear proliferation.  Thousands of ISIS insurgents remain scattered across the region, and complete US withdrawal could severely hamper, if not completely undo, efforts to subdue the terror group.  And Iran, while most likely unable to threaten the Strait of Hormuz on its own, still poses a credible threat with regard to proliferation.  The US cannot counter these threats if it does not retain at least a minor presence in the region.

Current policymakers must also keep American geopolitical aims in mind.  China has historically courted rogue states, including Iran, in the name of energy security.  Iran’s more recent joint naval exercises with Russia and China indicate its willingness to cooperate with powerful US adversaries.  Furthermore, even Persian Gulf oil might not be as safe as it seems.  While civil war within Saudi Arabia — one of the few events that could pose a serious threat to Gulf oil — remains unlikely, security studies scholar Caitlin Talmadge points out that “many of Saudi Arabia’s most unhappy citizens, the Shia minority, live in the Eastern Province, where much of the oil production network is located.”  As such, even stable Saudi Arabia could threaten world oil supplies under the right circumstances.

For these reasons, the complete withdrawal of US troops from the Middle East could spell disaster for the United States and its regional allies.  And yet, excessive involvement could prove equally disastrous: the presence of American troops within Saudi Arabia, for instance, eventually became a key factor in bin Laden’s decision to orchestrate the September 11 attacks.  How can the US strike a balance between total withdrawal and eternal involvement?  Numerous scholars have advocated for a middle ground that maintains involvement with key allies while minimizing interactions that could further antagonize potential radicals.  Caitlin Talmadge, for instance, advocates for the maintenance of a “residual forward presence” in the Middle East.  Talmadge argues that the US should maintain “key capabilities” such as “command and control facilities,” “intelligence, surveillance, and reconnaissance” assets, “some land-based tactical airpower,” “mine countermeasure ships,” “coastal patrol craft,” and “on occasion, a carrier itself.”  Gholz and Press, too, have argued for an “over the horizon” strategy — one that reduces measures in place to counter elements deemed less of a threat (the Iranian navy, for instance) while maintaining “remote special operations bases” capable of countering threats to Saudi Arabia.  Such a reduced but reliable presence could minimize American costs, lower the number of American targets in the region, and put Middle Eastern states on a path to greater military self-reliance.

While the United States no longer “needs” the Middle East in the same capacity as it did during the Cold War, it would behoove American policymakers to maintain key infrastructural elements — even if they must do so from further away.  Ultimately, reducing the American military presence could benefit both Middle Eastern states and the US, if done at the right pace.  As security studies scholars Glaser and Kelanic argue, “US policy should proceed without waiting to know how all of the imponderables will play out; taking one step at a time makes sense in this case.”

Alison O’Neil is a student at the University of Notre Dame. This essay was an honorable mention in the 2020 John Quincy Adams Society/The National Interest student foreign policy essay contest.