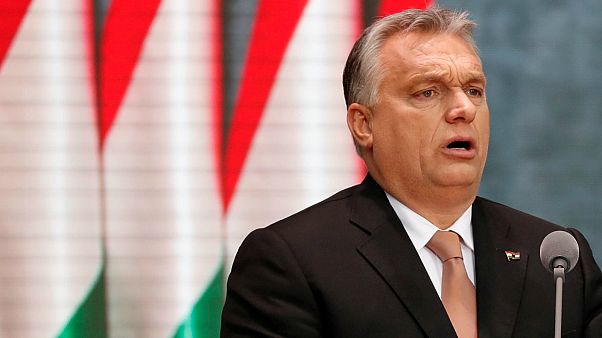 In 1989, momentous events prompted Eastern Europe to break free from the chains of soviet communism. Negotiations with civil society in Poland did away with one-party rule in April. Hungary followed suit five months later, commencing its own “Round Table Talks”. Then the Berlin Wall fell on November 9th. Germans on both sides embraced each other for the first time in twenty-eight years. Democracy was installed and elections held, not long before the EU rushed in to claim new members. After centuries of foreign domination, Eastern Europe was finally free.

Or so one thought. In June 2017, the European Commission sued Poland, Hungary, and the Czech Republic over their objection to a plan whereby all EU member states must take in a certain number of refugees proportionate to the size of their economies. The European Court of Justice ruled in favor of its institutional brethren. What comes next remains unclear, though with remarkable prescience the Commission had proposed back in 2016 a fine of €250,000 per person turned away. Bureaucrats in Brussels have apparently coveted the coffers of their Eastern subjects all along.

Nationalists curled in revulsion. Hungarian Prime Minister Viktor Orbán denounced the quota as a “blackmail from Brussels”; the Czech government cited terrorism. While often attributed to the EU’s incompetence amidst the 2015 migrant crisis, Euro-skeptic nationalism in Eastern Europe has deeper roots.

Nothing explains the revolt of nationalism better than its antithesis. Communism — the ideology under which Eastern Europe was governed for over four decades — suppressed nationalism because the world’s workers were supposed to unite as a stateless class. In practice, the soviets used this international aspect of communism to justify their occupation of the Eastern Bloc as a benign attempt at collective emancipation. Non-aligned countries like Yugoslavia also favored communism because class unity could keep a lid on ethnic tribalism.

When communism fell, political elites who were more concerned with reviving ethnocultural identities than civic and economic liberalization saw their chance to shine. Factions within Poland’s anti-communist Solidarity movement sought first to salvage the nation’s Catholic soul, especially as their struggle had been supported by Pope John Paul II. The same people who planted the seeds of nationalism later broke with Solidarity to form their own parties. Among them was Jarosław Kaczyński who now heads the conservative ruling party Law and Justice (PiS). While a director of the presidential chancellery during the first Solidarity government, Kaczyński clashed with President Lech Wałęsa over the latter’s preoccupation with economic reform as opposed to promoting traditional, patriotic values.

In Yugoslavia, Serb politicians revived memories of the Croat-led Ustase persecuting Serbs in collaboration with Nazi Germany. Media promoted conspiracy theories such as how Kosovo’s Serbs would be overrun and slaughtered because their Albanian neighbors had a higher birth rate. The resulting sense of victimization drove voters to people like Slobodan Milosevic who promised to avenge them.

What countries like Germany shunned due to fascism’s legacy Eastern Europe embraced, as nations in the region would not have existed without a collective conscience on the part of ethnic groups to expel their Russian, Ottoman, and Austrian masters. While Germans still shudder at what their forefathers did in WWII, Poles saw themselves as a folk whose cavalry vanquished the Turks at Vienna and saved Europe from the gulag as they chased Lenin’s Bolsheviks away from Warsaw. Hungarians in the Austrian Empire revolted in 1848, eventually gaining equal status with Germans when the dual monarchy of Austria-Hungary was created.

Proud as they are about these victories, Euro-skeptics feel the struggle against imperialism never really ended. Western norms such as accountability and tolerance of opposing viewpoints are the latest plots to subvert hard-won sovereignty. Hungary put up ominous posters that suggested European Commission President Jean-Claude Juncker and billionaire George Soros were cooking up a migrant invasion. Likely referring to Soros-backed NGOs, PM Viktor Orban said he had the names of 2,000 people “plotting to overthrow the government”. Combined with the expulsion of Central European University in 2018, Fidesz drives home the message that academic institutions and civil society are hostile foreign agents.

A historic grudge against the West also contributed to Euro-skepticism in some countries. The Treaty of Trianon in 1920 took away over 70% of Hungary’s pre-WWI territory, turning 31% of all Hungarians into minorities in neighboring countries. During the 2008 Recession, the IMF made Hungary adopt austerity measures in exchange for a bailout. Orban hated the deal because it made it harder for Fidesz to peg voters to itself using subsidies and welfare. But Fidesz did not patent this strategy because Hungary is a young democracy where few parties possess strong engagement programs or even a coherent ideology. Down south in the former Yugoslavia, the fact that those prosecuted by the International Criminal Tribunal for crimes committed during the Bosnian War were predominantly Serb stoked allegations of anti-Serb bias. To this day, Serbia maintains strong ties with Russia and has made no serious effort to join the EU.

Ultimately, Euro-skeptic nationalism is a backlash against perceived humiliation. Bulgarian political scientist Ivan Krastev said by joining the community of free nations one surrenders the right to have her success measured using her own standards. Since EU membership is contingent upon a country’s devotion to liberal democracy as defined in the West, any attempt by the Polish and Hungarian governments to amass power though dismantling checks and balances would only invite bitter attacks. Accusations of “democratic backsliding” taunt citizens, as their homeland is now a failed imitation of the West. But while Brussels unloads an arsenal of economic threats and Article 7s, it seems to have forgotten some basic human nature: people hate to be told they are bad, especially when they fall short of some criteria set by their equals.

To the likes of Viktor Orban, who is to say illiberalism is the wrong way?

Guzi He is a sophomore at The College of William & Mary in Virginia, majoring in Government. He is a columnist at The Flat Hat News and a member of William & Mary’s College Republicans. Originally from China, he moved to the U.S. for higher education. He also runs a Youtube channel where he uploads various works of music.