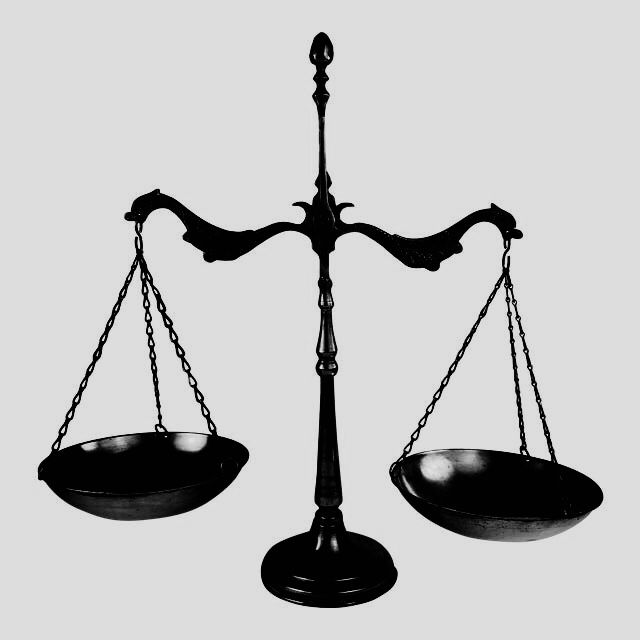 In 2019, we sit on the precipice of the first transition in international politics since the end of the Cold War. The United States’ position as the pre-eminent global power is beingquestioned. Donald Trump’s boisterous threats to end American alliances and the rise of leaders who repudiate the existing international order reflect that America’s world order and unipolar moment are in their twilight years. As the United States falls, the rise of nationalism appears to be an omen of more frequent conflict in a less ordered world. However, some do not see the situation so pessimistically.

“America is getting a third chance to strike the right balance between nationalism and globalism” argues Henry Nau in his puzzling essay titled “Return of the Balance of Power”. The framework for Nau’s argument is one that positions nationalism and globalism as two divergent choices in foreign policy. In the story Nau tells, the United States has chosen between these two options at just three points in American. At its founding, America chose nationalism, after the second world war it chose globalism, and since the end of the Cold War it has failed to make a choice.

Before we engage with this historical account of American foreign policy, it is important to understand what is meant by nationalism and globalism in this context. Both words are rife with connotations. Nationalism has been associated with liberation movements that birthed states from colonial empires on one hand and with the worst atrocities in human history on the other. That is why when President Trump says he is a nationalist he can say it means he “loves the country,” but to many it signifies not love for his country, but a hatred of others. So how is Nau using nationalism in his argument? Does he refer to the United States’ desire to be a country that has independent management of its affairs, or its desire to demonstrate its superiority to other countries? From his account of American history, it seems neither definition fits. The United States has been nationalist in both senses for its entire history. From its creation, the United States has been nationalist in its desire to protect its own independence from outside powers (e.g., the initial conception of the Monroe Doctrine). It has also been nationalist in its desire to establish itself as superior to other societies through the establishment of nationalist myths like manifest destiny, which it used to justify the genocide of Native Americans. What Nau really means by nationalism in this context is that the United States pursued an isolationist strategyin international affairs. He means that the United States did not engage in the European balance–of–power politics, or fight wars far from home. As he puts it, America chose nationalism when, quoting George Washington, it decided to “steer clear of foreign entanglements.”

It follows then, that globalism in Nau’s argument is American military engagement, involvement in foreign affairs, and participation in balance–of–power politics, not pursuit of global interests, as globalism is often defined. Nau makes itabundantly clear that whether foreign policy is globalist or not is purely a matter of military strategy when Nau says Obama “tacked towards nationalism” by giving up “the military playbook altogether, trusting in persistent diplomacy.” Obama certainly fits the mold of a globalist in the economic realm. He signed multiple free trade deals as President and pushed for the Trans-Pacific Partnership, which would have opened up trade between the United States and eleven other countries on the Pacific Ocean. In the realm of foreign policy, even if we accept the claim that Obama restricted the use of military force (he launched airstrikes against seven foreign countries and drone strikes increased exponentially, so that claim should not be accepted lightly) his use of diplomacy to influence international affairs and his desire to uphold American-led international institutions seems globalist. Given the confusing misuse of nationalism and globalism as terms, I suggest understanding Nau’s argument about foreign policy as if he instead used isolationism and engagement respectively. These words are widely understood to refer to two foreign policy strategies. Isolationism is a strategy, which advocates for non-intervention in foreign conflicts, significantly reduced military expenditures, and few, if any alliances because the United States’ geographic position and overwhelming military superiority will maintain its security. This makes engaging in foreign affairs an unnecessary cost. Engagement is a foreign policy strategy that typically involves active use of military force in foreign conflicts, significant number of troops stationed abroad, and high levels of military expenditure.

So, re-examining Nau’s history of American foreign policy we see that the claim is that the United States pursued a policy of isolationism from its inception until World War II when it became heavily engaged in global affairs. Nau’s argument is that, following the Cold War, the United States has fluctuated between an isolationist and engaged grand strategy. This timeline of American foreign policy appears on its face to be obviously wrong. For one, it could be argued that the United States’ isolationism ended with its entrance into World War I, if not sooner (the Spanish-American war in 1898 is sometimes cited as the end of isolationism), but more critically, the United States has not seen anything close to a return to isolationism in the post-Cold War era and to suggest it has is dangerously misleading. The United States maintains nearly 800 military bases in more than 70 countries; Russia, by comparison maintains 21. These military bases are not inactive either, the United States is engaged in armed combat in seven different countries and holds frequent, large-scale, military exercises on the borders of its closest peer competitors: Russia and China.While this may be hardly perceptible to an American citizen, itcertainly appears to be the case that the United States is engaging in balance–of–power politics and has no intention of returning to isolationism anytime soon. From the perspective of Russian and Chinese leaders, American military might, coupledwith NATO expansion and American-led naval exercises, show that the balance is against them.

However, there is evidence that this balance of power is shifting as nationalist states abandon the American world-order. Nau argues that nationalism is now liberal, which makes it non-threatening, but this argument is backed by dubious factualclaims, such as: “all major industrialized nations are democracies,” which is true only if one ignores China andRussia., the United States’ closest great power rivals. Theomission of these two non-liberal states renders Nau’s argument that nationalism is liberal and so not a destructive force moot, since it is based on a faulty premise. Even if it was not based on the faulty premise that there are no major industrialized non-democracies, it would be naïve to suggest that nationalism is now liberal and so not dangerous.

A look around the world reveals a decline in democratic institutions coinciding with nationalist politicians rising in popularity and taking power. Nationalist parties and leaders in the United States, Poland, Hungary, and Brazil, to a name a few examples, have risen to power on anti-liberal xenophobic statements and have followed through on their campaign rhetoric with xenophobic policies and the dismantlement ofdemocratic institutions. These illiberal nationalists are capable of being the destructive force that nationalism was during the preceding centuries. Thus far, nationalists have been constrainedby their relative weakness in the instances of countries like Hungary and Poland and by bureaucrats within their own administration and the system of checks and balances in the caseof President Trump. Unconstrained nationalism however, doesstill drive conflict as the recent rise of Russian nationalism and the role it had in creating the Ukraine crisis demonstrate.

The threat to the American world-order is compounded by the United States’ poor leadership at this critical time. Nau argues that Trump has led a beneficial shift in foreign policy because he “prefers a nationalist strategy of offshore interventions to combat terrorism,” which is fine if true. However, Trump’s administration made an about-face on the withdrawal from Syria, he is a pathological liar, and may be in cognitive decline, which makes me pause before treating Trump as a President with any cohesive foreign policy strategy at all.The United States faces a different world today than it did at the end of the Cold War. It is on the precipice of decline from its position as the sole great power, which requires American leaders to adapt their thinking to reflect that the balance of power is beginning to shift against the United States for the first time in decades. Gone are the days when the United States can afford to undertake costly interventions where it has little real political stake. However, this does not mean the United States ought to treat the potential for rampant nationalism to destabilize regions flippantly. As the United States declines, it will needadept diplomats to manage our foreign policy in a way that protects American security without drawing the country into disastrous wars. Blind reliance on a fictional liberal nationalism will not achieve that goal and Donald Trump is not an adept adult, let alone diplomat. Let us hope 2020 brings wiser stewardship.

Samuel Leiter is currently an analyst at the Civic Consulting Alliance where he advises leaders in Chicago’s public sector on community policing and police reform. He graduated from the University of Chicago with a BA in Political Science in 2018 and received general and departmental honors for his thesis on the risks of nuclear proliferation. Sam is fluent in Japanese and is interested in the future of the US-Japanese alliance as the global order shifts. In his free time, Sam enjoys playing basketball, attending concerts, and exploring Chicago’s restaurant scene.

Samuel Leiter is currently an analyst at the Civic Consulting Alliance where he advises leaders in Chicago’s public sector on community policing and police reform. He graduated from the University of Chicago with a BA in Political Science in 2018 and received general and departmental honors for his thesis on the risks of nuclear proliferation. Sam is fluent in Japanese and is interested in the future of the US-Japanese alliance as the global order shifts. In his free time, Sam enjoys playing basketball, attending concerts, and exploring Chicago’s restaurant scene.