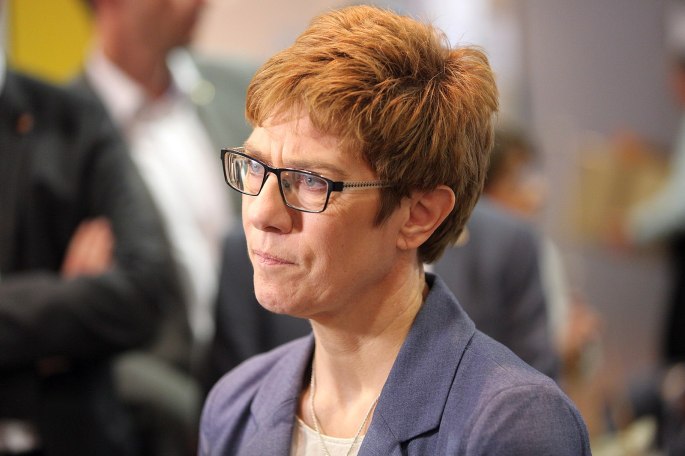 As the European Parliament election nears, continental leaders prime themselves for crucial coalition-building that will set the stage for the next five years of governance. Among them are Germany’s Angela Merkel, the veteran chancellor, and her newly minted successor as head of the Christian Democratic Union, Annegret Kramp-Karrenbauer.

The lead-up to the election has sharpened focus on Kramp-Karrenbauer, commonly known as AKK, and what her foreign policy views may mean for the future of Europe. It is no secret that Kramp-Karrenbauer, a career CDU politician, was Merkel’s preferred choice to succeed her. The smooth transition allows Merkel to finish her full term as Chancellor (which ends in 2021), and presumably push for Kramp-Karrenbauer to take over the reins.

The new CDU leader may already be making her own mark on Europe’s state of play and how Germany fits into it, however.

In recognizing her growing stock as a leader with vision and autonomy, media outlets have largely focused on her political rise and background, which stands in contrast to Merkel’s. Prior to her post as CDU’s general secretary, she served as leader of Saarland, a small German state bordering France. A devout Catholic, Kramp-Karrenbauer “is against same-sex marriage and has argued for more restrictions placed on doctors carrying out abortion.” At the same time – and to the tune of Merkel’s mixed bag of center-left positions – she supports a minimum wage and women’s quota.

The comparisons are not limited to domestic policy. Alan Posener, a German blogger writing in The Guardian, opined on what her profile might suggest for Germany’s leadership in European affairs and beyond: “As a Catholic from a small German state she understands subsidiarity and the resentments of smaller countries within the EU in a way Merkel the Prussian never could.”

Although Posener’s declaration feeds into the same populist dichotomies that Kramp-Karrenbauer does not care for, it does suggest a broader pivot in Germany’s outlook towards foreign states – allies and adversaries alike.

Despite being a CDU careerist, Kramp-Karrenbauer appears less allergic to quasi-populist rhetoric and policy than her predecessor, an outcome of both ideological differences and structural factors. Merkel, an avowed open-border advocate, carried the weight of the liberal establishment for years – and the burden of being its leader. In 2015, Merkel doubled down on her stance, which led Germany to take in 1.2 million refugees from North Africa and the Middle East over two years. Since then, she has been right-wing populists’ favorite scapegoat and political meme, even as her policies veered right to relieve both domestic and foreign pressure.

Kramp-Karrenbauer, who “supported Merkel’s open-door migration policy in 2015,” similarly cooled her stance over time, but unlike Merkel, she did not have to bear the brunt of the opposition, from the right or left. She enters national politics at a moment when pro-EU moderates have had time to adjust to the weaponized, anti-elite language of the populist parties proliferating across Europe. Indeed, climbing the ranks of the German government under the wing of Merkel assured her exposure to the liberal establishments’ successes and failures in facing a toxic swing of the electorate toward inward-looking, zero-sum game parties like the AfD.

In a recent interview for Politico, Kramp-Karrenbauer exhibits an adeptness at borrowing bits of populist-speak and policy frameworks in an effort to distinguish herself from CDU colleagues and the EU old guard. At the same time, her platform remains unambiguously in favor of a united Europe, with defined interests and stakes.

On the topic of industrial policy, Kramp-Karrenbauer said, “Europe cannot be only the receiver of strategic decisions of others, that is China or the USA. We have to be strong ourselves to shape the global rules.” She elaborated, “We accept competition. But this competition must be fair, it must respect the rules. And competition is also about size [of companies].” Her emphasis on rules and the urgency of global competitive trends is not a far cry from Donald Trump’s adversarial attitude toward China, or Bernie Sanders’s ‘rigged system’ ideology. Yet, she speaks in these terms to underline a strong Europe, a key distinction from nationalists whose harsh economic realism builds barriers around domestic markets.

The new approach absolves Kramp-Karrenbauer of being an apologist for Europe – a task that in recent years drained Merkel of political capital and public support – and adds surprising weight to pro-EU arguments that have often rested too much on neoliberal platitudes.

Although her policy positions do not deviate significantly from Merkel’s as of yet, their packaging may suggest a new sort of European leadership, better tailored to withstand populist-nationalist forces and compromise with the opposition.

It remains to be seen what kind of a leader Kramp-Karrenbauer will be for the Christian Democratic Union and, if she is elected chancellor, for Germany and Europe. So far, her marriage of pro-EU principles and populist talking points is a welcome presence in European politics, at once fresh and reasonable. It is reflective of a larger paradigm shift in Germany’s political and business circles. A report published by the Federation of German Industries (BDI), for instance, argues that “Germany and Europe must give up hoping that China will change, and instead produce policies to respond to its rise.” Kramp-Karrenbauer may be the right leader to navigate a Europe with this new competitive consciousness.

Of course, as she learns more about national and pan-national governance, Kramp-Karrenbauer might fall back to a more business-as-usual outlook. She “supports the concept of a European army but envisages it as national militaries working together rather than being replaced,” she said in Politico. This kind of inclusivity – uniting Europe, but not stepping on the toes of individual nations – will surely be tested in due time.

Nonetheless, with Brexit imminent and French leadership rocked by the violent gilets jaunes protests, Kramp-Karrenbauer is in a prime position to voice a pro-Europe vision that seeks to construct the new – not simply conserve the old. The question for her and Germany is whether such nuance can penetrate a continent of worrying extremes. 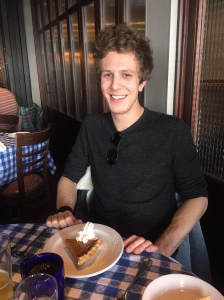 Lukasz Grabowski is a graduate of Johns Hopkins University, where he studied political science, and currently resides in San Francisco. When not writing, he trains Brazilian Jiu-Jitsu and consumes all books in his vicinity.